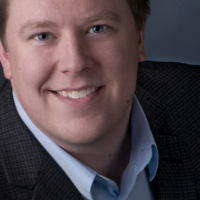 A Chemical Engineering graduate of the University of British Columbia, Greg began his career working at Teck Cominco’s metallurgical facility in Trail, British Columbia. After completing an MBA from the Ivey School of Business at the University of Western Ontario in 2005, Greg returned to Prince George, BC to work for the family business, Sinclar Group Forest Products Ltd. Greg spent his first three years leading Winton Homes, where he gained valuable experience in the retail and engineering side of the business. Greg was named Interim President of Sinclar Group Forest Products in January 2009, and President in October 2009.

Sinclar Group is an integrated forest products company founded in 1962 by Greg’s grandfather, Bob Stewart, in partnership with Ivan Andersen. The company continues to operate today by the same values upon which it was founded: leadership, family and community. Sinclar Group has grown to be a leading supplier of SPF stud lumber to North America and Japan through its Apollo, Lakeland and Nechako mills. Included in the group of companies are Premium Pellet, Winton Homes and Cottages, and other partnerships aimed at extracting the full value of the fibre processed.

In addition to his role as President of Sinclar Group Forest Products, Greg serves as Board Chair for BC Wood and Wood WORKS! BC provincial steering committee, a Governor on the University of Northern British Columbia Board of Governors, and a Director on the Boards of the Council of Forest Industries, BC Lumber Trade Council, and the International Bioenergy Conference and Exhibition Society.

Greg lives with his wife and two daughters in Prince George, British Columbia.