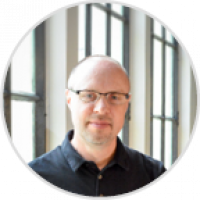 Gregory Borowski’s architectural perspective is rooted in his particular life experience. As the son of an architect in Britain, he saw many of Europe’s greatest cities and contemporary buildings as a child. Building on these early impressions, he embraced the Canadian environment in his RAIC Medal-winning thesis project at the UBC School of Architecture. In addition to design leadership on a range of major commissions in Vancouver, including Vancouver’s Olympic Village, Gregory spent two years in France working on the Charles de Gaulle Airport Satellite project, prior to rejoining Merrick Architecture in 2001. Gregory has chaired the Vancouver and UBC Urban Design Panels, and believes strongly in the contribution buildings can make to the broader qualities of neighbourhoods and cities.