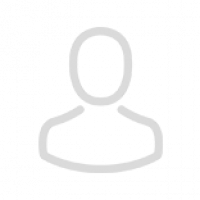 Peter Anderson has an undergraduate education in foreign languages and international trade, and received his graduate education in architecture and advanced visual studies from Harvard University and the Massachusetts Institute of Technology. He has worked in the construction industry in the U.S., France, Italy and Japan, and has a particular interest in international trade as it relates to construction technology and new communication technology. He is a founder and President of Bay Pacific Construction, and a Principal Anderson Anderson Architecture. He has frequently been invited to speak at universities and at international architecture and building construction conferences in the United States, Japan, and Asia, and has been extensively involved in developing and presenting construction technology courses for design and construction professionals in Japan. His design work has received numerous honors, including awards from the San Francisco AIA, California Council AIA, Northwest/Pacific Region AIA, the Southwest Washington AIA, Seattle AIA, AIA /Sunset Magazine Western Home Awards, National AIA awards and the American Wood Council. His work has been published in books and journals in the U.S., Europe and Asia as well as in numerous newspaper and magazine articles and television features. Together with his brother, Mark Anderson, he is co-author of two books about his firm’s work: Anderson Anderson: Architecture and Construction (Princeton Architectural Press, 2000) and Prefab Prototypes: Site-specific Design for Offsite Construction (Princeton Architectural Press, 2007). He is a faculty member at California College of the Arts, and also frequently teaches drawing and design-build workshops at other institutions, including Chinese University of Hong Kong; University of California, Berkeley; Tulane University, New Orleans; SCI-Arc, Los Angeles; Tamkang University, Taipei; University of Alaska, Anchorage; Oregon College of Arts and Crafts, Portland, and University of Hawaii, Honolulu.