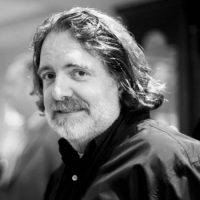 Scott has been a registered Architect in BC since 2001.  Scott obtained his university education from UBC and has now worked in British Columbia for over thirty years on a wide range of complex and diverse architectural projects.

Prior to partnering with Sheridan, Scott was Senior Associate at Francl Architecture, one of Vancouver’s notable architectural practices.  There Scott had the fortune to work from conception to completion on a number of award winning projects; Rennie Art Gallery and Offices, Forever 21 on Robson (now Indigo) and LEED Platinum Creekside Community Centre.  Scott was also Project Architect on the South Tower at Rogers Arena (Aquilini Centre), Sephora on Robson and Tap&Barrel OV.

Now as partner at METRIC Architecture, Scott works to achieve an equally high standard of architecture and continues his interest in urban place making.